October 7, 2018 — A Ford water pump class-action lawsuit alleges millions of vehicles from 2007 to the present are equipped with Ford Cyclone (Duratec) engines at risk of engine failures.

The lawsuit alleges the Duratec engines eventually fail because coolant leaks from the water pumps directly into engine parts or the oil pans and mixes with engine oil.

The mixture of coolant and oil is allegedly sent throughout the engines and causes premature engine failures, sometimes with no warning.

Arkansas plaintiff Bobby Roe purchased a 2011 Ford Edge in April 2018, but three months later the water pump allegedly caused the engine to fail while driving on a highway. The Edge had about 95,000 miles on it at the time and Roe says he was forced to pay $1,200 to replace the engine with a used engine.

Washington plaintiff Donald M. Christenson purchased a 2011 Ford Edge and when the SUV had about 63,500 miles on it, the water pump failed and allegedly caused complete engine failure. Christenson says he had no choice but to pay nearly $7,600 to buy a new engine.

According to the water pump class-action lawsuit, Ford has failed to warn consumers since 2007 about the Duratec engines and how the water pumps fail before they should.

Court documents claim the Cyclone engine has an internal chain-driven water pump connected with the timing chain that provides the power the water pump needs to circulate coolant through the engine when the engine is running.

The plaintiffs say it's a huge job to work on the parts because the chain-driven water pumps are located inside the Duratec engines behind numerous engine components, including the timing chain covers.

According to the class-action, an internal chain-driven water pump should last for 150,000 miles, something Ford is allegedly aware of because the automaker omitted the water pump from the maintenance schedules for vehicles with Duratec engines.

The class-action alleges customers complain about the water pumps but Ford conceals the alleged defects and transfers the cost of repairs onto customers.

The owner of a 2008 Ford Edge describes the ordeal necessary when the water pump goes out.

"The water pump is located inside the engine and when a simple $160 part failed, it circulated anti-freeze through the engine necessitating a complete engine replacement. This happened within the span of 5 minutes with the first symptom the heat went off inside the cabin. No engine lights came on, the heat came back on and went off again, still no indication of engine or trouble lights going on."

The 2008 Edge driver goes on to complain the oil warning light came on and within seconds the engine overheated and failed.

"This is the most basic kind of irresponsibility in creating an expensive product like a car. American companies owe it to the public not to foist a huge design defect on an unsuspecting public and should willingly pay 100% of any and all claims for this issue." 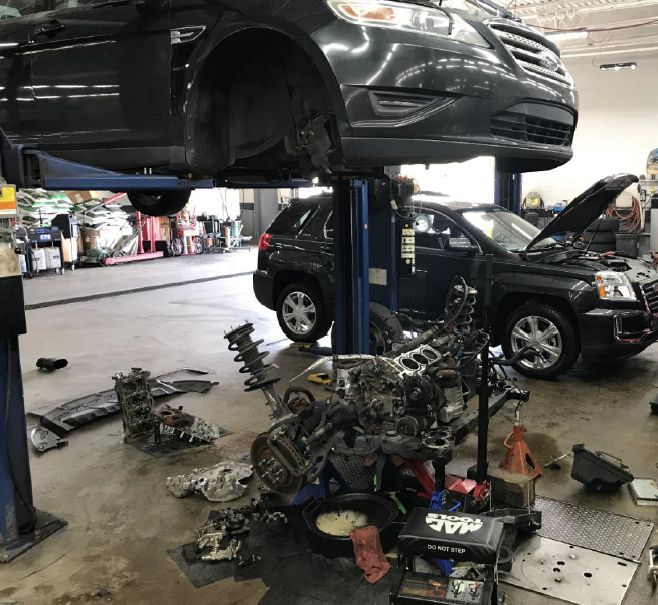 The plaintiffs also allege the water pumps make driving dangerous because the Ford vehicles suddenly stall when the pumps and engines fail, causing problems with acceleration, steering, braking and other issues.

The water pump lawsuit describes the Cyclone engines as using two camshafts that are connected to the crankshafts by timing chains. The engines contain the water pumps and are intended to be closed systems so the coolant doesn't leak or mix with the engine oil.

But when the water pumps fail the coolant is allegedly unable to escape the closed systems and ends up leaking into other engine components.

According to the plaintiffs, the mixture of oil and coolant creates a substance that looks like chocolate milk that spreads throughout the engine and causes the engine to totally fail.